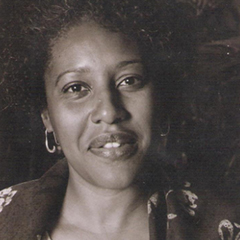 PhD student in Museology from the Lusophone University of Humanities and Technology (ULHT) – Lisbon / Portugal. Master in Social History from PUC / SP and Specialist in Museology from the Institute of Museology of the School of Sociology and Politics Foundation of São Paulo. Currently Assistant Professor at the University of Brasilia – UnB, working in the Bachelor’s Degree in Museology. Researcher of the Research Group – Museology, Memory and Heritage of PPGCInF of FCI / UnB. Member of the Nucleus of Afro-Brazilian Studies – NEAB / CEAM / UnB.

This research identifies and analyzes the participation of black women in the elaboration of Afro-Brazilian social museums in order to reflect the perspectives of race and the intersectionality of gender and race in the field of museums and Museology. The central argument is based on the fact that Brazilian museums are heirs of European museums created with the “rhetoric of modernity and the logic of coloniality”, which made them institutions that reinforced and disseminated the modern / colonial eurocentric global power standard based on idea of “race” and control of labor, reinforcing the coloniality of knowledge and beings. We adopted in the investigation the assumptions of the Modernity / Coloniality research group in dialogue with the Social Museology facet that recognize the museological processes of political and epistemic resistances proposed by black thought and black feminists in the Afro-Brazilian museums in an attempt to identify the forms of preservation of black and other non-European cultures, as well as making the memories of Afro-Brazilian women visible.