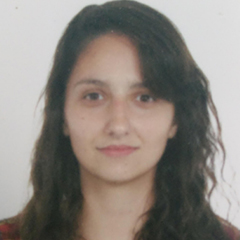 The researcher holds a bachelor’s degree in Business Administration from the State University of Santa Catarina (2010), a post-graduate degree in film production from FAP – Faculdade de Artes do Paraná (2012) and a master’s degree in cultural and social history from the University of Versailles Saint-Quentin- Yvelines (2014). She worked as Curator and International Fellow at the Frankfurt am Main Historical Museum in Germany (2016-2017). Currently is a PhD Candidate in museology at the Lusophone University of Humanities and Technologies with a thesis that analyzes participatory film processes in the Historical Museum Frankfurt.

Cinema and museums have had implications of diverse characters and have already been analyzed by diverse fields of science. This dissertation seeks to deepen the theoretical discussions around such an interdisciplinary relationship by analyzing cinema as a sociomuseological tool applied to participatory film processes held at the Frankfurt Historical Museum in the period 2016-2017.