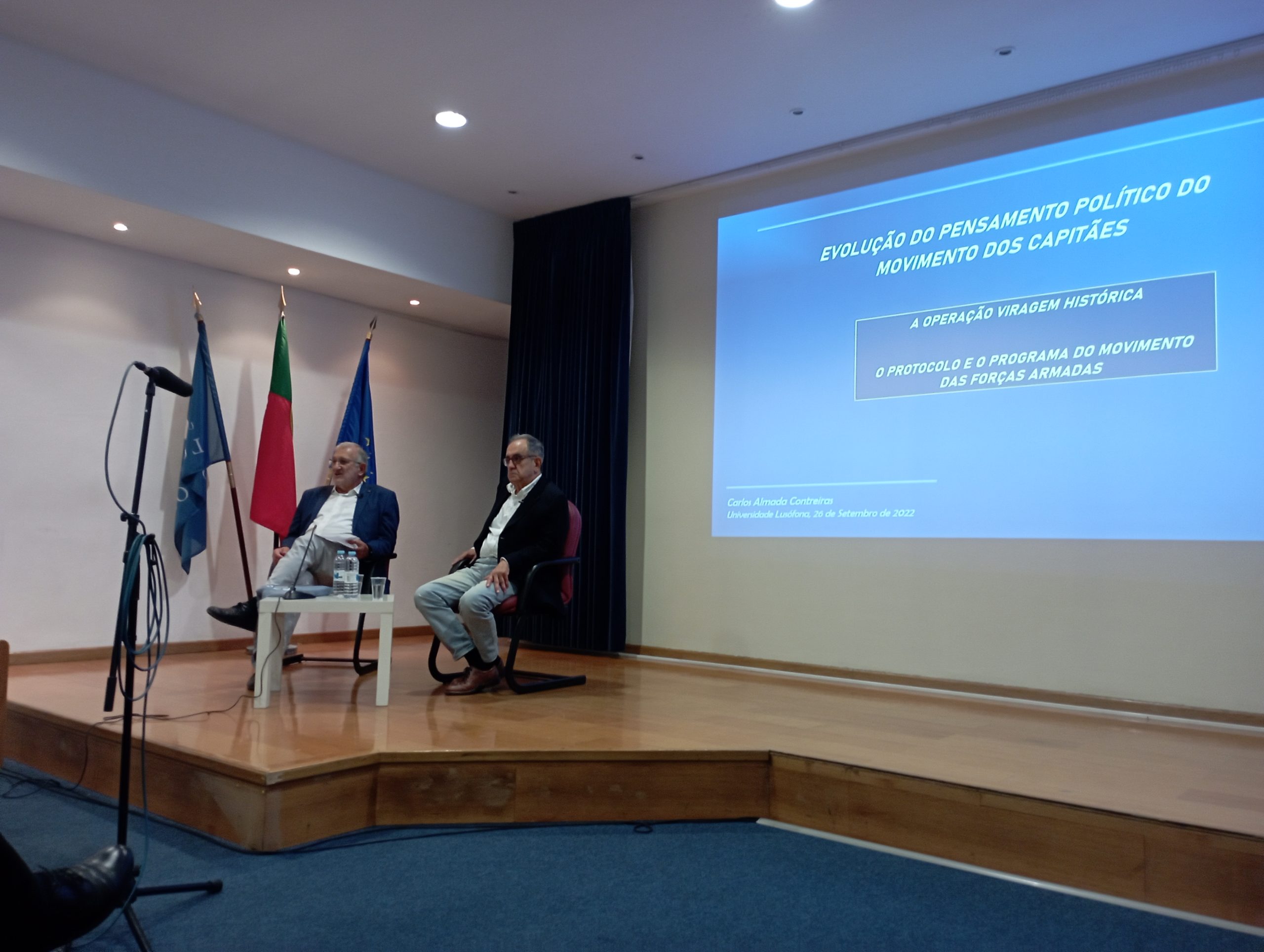 Written by joanarsenio on 28 September, 2022. Posted in News

On September 26, in the José Araújo Auditorium at the Lusófona University, took place the first ‘Conversation with’, an initiative of the April Utopias project. The Portuguese Revolution and Education. The project Utopias de Abril aims to make a critical assessment of the changes and the state of education in Portugal during the democratic transition period between 1974 and 1976.

This conversation had as guest Commander Carlos Almada Contreiras, retired Navy Captain and central figure in the April Revolution. The Commander was a member of the MFA Political Coordinating Committee, having participated in the writing of the MFA Program and indicated the song “Grândola Vila Morena” as the password for the military operation “Fim do Regime” (End of the Regime).

The Conversation was presented and moderated by António Teodoro and was attended by Dr. Maria Inácia Rezola, Executive Commissioner of the Mission Structure for the Commemorations of the fiftieth anniversary of the Revolution of April 25, 1974. Commander Carlos Almada Contreiras presented a paper entitled: “Evolution of Political Thought of the Captains’ Movement – The Historic Turnaround Operation. Protocol and the Armed Forces Movement”. The presentation contextualized the background and the War in Africa in the summer of 1973, the phases of the evolution of the political thought of the Captains’ Movement, the plan of operations on “D” day (April 25, 1974) and the documents of the revolution, the changes to the program introduced in Pontinha and the constitutional laws. The initiative ended with a short question and answer session.