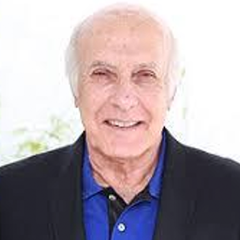 The present postdoctoral proposal is part of a broader project, underway, on the evolution of the idea of university in Brazil, from the first attempt made in Jesuit times to the present day, with emphasis on the regional and social commitment of the university. The bibliographic and exploratory research should lead to a book initially structured in the following chapters: theoretical foundations of the idea of university; the jesuits in Brazil and the proposal to create a university; post-Jesuit attempts; D. João VI and higher education; the idea of university in the Constituent of 1823; the omission of the empire; the university in the First Republic; the idea of the pioneers; expansion and federalization; the Reform of 1968 and the Implications of the Military Regime; university, social and human commitment and experiences of regionalization; the university after the Constitution of 1988; current trends and demands beyond instrumentation and technical rationality. The postdoctoral will include studies on two chapters, being one on the position of the Jesuits on the creation of the university in Brazil, and the other on the last chapter concerning the current trends in the role of the university, given the complexity of the multidimensional crisis of human development, and the ongoing civilizing directions. Contact with intellectuals and thinkers from the Lusophone University and other institutions for the next 6 months will certainly make a significant contribution to the intended purposes.

Two questions guide the production of the mentioned chapters that are part of the broader research that is underway. Regarding the Jesuits ‘attempts and the late emergence of the university in Brazil, the researcher will gather subsidies in order to understand the extent of the Jesuits’ educational policy if the work had not been interrupted in 1759, as well as the historical implications of the evolution of higher education and university without an identity of its own. Regarding the trends, the researcher will examine the possibilities for the realization of a new counter-hegemonic philosophy to the current one-dimensional direction, so as to place the university at the center of the search for alternatives to a new Paideia.

The methodology will be essentially of a qualitative nature supported by bibliographic consultations, documentary and exploratory analysis and the critical reading of articles and works related to the thematic, as well as the discussion of the topics with other specialists from the Lusófona University and others institutions located in Portugal. With the intellectual support of the supervisor, the best alternatives for achieving the objectives will be identified. It may include research in collections such as Torre do Tombo and other universities with strong Jesuit influence, such as Coimbra and Évora. It may also include meetings and dialogues with Portuguese historians and educators who are currently engaged in thinking directions and alternatives.