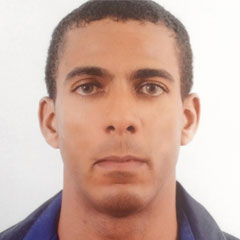 Graduated in Sociology and Politics by the School of Sociology and Politics Foundation of São Paulo (2008), in History by the Federal University of São Paulo (2014) and in Pedagogy by Universidade São Paulo São José (2015); specializes in History of Art, Museology and Management of Public Policies; Master in Social History by USP (2012), and Social Sciences by PUC-SP (2014); professor away from the Federal University of Jequitinhonha and Mucuri Valleys (UFVJM) and Paulista University (Unip); coordinator away from social projects of the Italo-Brazilian University Center; current scholarship holder in the PhD program in Museology of the Lusophone University of Humanities and Technologies and doctoral student of the Interuniversity PhD Program in History of the University of Lisbon, University of Évora, Universidade Católica Portuguesa and Instituto Universitário de Lisboa.

In 19th century Paris, it was an ordinary habit among aristocrats the fostering of meetings between people of high social status with intellectuality groups to concerts, performances, dance, literary assembly and other salon events in a residential environment. In Brazil, the salons began assuming greater power in the second reign, mainly in the capital of the Empire, expanding its prestige to the thriving São Paulo, known as the city of coffee in the end of 19th century, becoming an authentic institution from Belle Époque, having Veridiana da Silva Prado’s, José de Freitas Valle’s, Paulo Prado’s and Olivia Guedes Penteado’s salons as the most prestigious ones. In these spaces, the Paulista aristocracy strengthened the capital stock, the patronage and the public and private action to foster their own interests, projects and the country’s prospects. In the 1930s, the salons lost their strength to the detriment of the organization of societies and groups of artists which bring forth relative independence from public and private patronage in some cases, allowing the advance of experiences of anarchist and communist tendencies, quickly reversed as a hypothetical plan in the 1940s with the opening of the greatest museums and art events in São Paulo, the internationalization of art and the US funds, in the context of Cold War. The success of the urban-industrial capitalist Paulista project of museums is run by the old aristocracy, reframed and funded by emerging industrial capital to the other regions of the country in the full military regime context of developing and integrating.

Through the patronage exercised in different paths, the Paulista aristocracy somewhat defended and initiated its conservative modernization project in 19th and 20th century, defending its interests through the salons and museums of art.