Written by joanarsenio on 18 Julho, 2016. Posted in Notícias 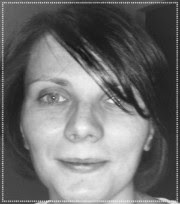 Theoretical and methodological insights into the socio-historical construction of a public problem. The case of the begging talibés children

Oana Marina Panait is a PhD researcher at the Faculty of Economics, Political, Social and Communication Sciences of the Université catholique de Louvain-Mons in Belgium. Her research concerns the dissemination of global prescriptions in the field of education (primary and higher education) and children’s rights and the local resistances. The main field of her research is West Africa, specially Senegal, and the tensions between the Quranic school and the public school. The focus on the local dynamics between opposite way of schooling, based on different epistemologies and views of childhood and education – one inspired by religion and local traditions and the other by Western principles such as the idea of progress emancipation and rationality –, leads her to contribute to the ongoing scientific debate on plural knowledges versus universal knowledge.

Since the late 1990s, the functioning of the traditional Quranic school in West Africa, particularly in Senegal, has become the subject of special attention of international organizations and NGOs. Guided by the “best interests of the child” rhetoric, they disparage the teaching practices employed by Quranic teachers to educate their talibés (children Quranic school). Some of these practices, such as memorization and recitation of the Quran, are understood as belonging to a specific epistemology within the Quranic school. Others have been criticized and associated with severe violations of children’s rights. The quest for alms practice (begging for food and money) performed on a daily basis by the talibés received most of the criticism and was the subject of reports that encouraged the government to fight against child begging. The Senegalese authorities initiated various public interventions to eradicate this practice and to reform the Quranic School. So far, no public intervention has had the expected outcomes.

Going beyond the socio-cultural and politico-economic approaches used in the existing literature, this presentation questions the public actions from a critical sociology approach. The theoretical framework is based on revised approaches to resistance of the Francophone, Lusophone and Hispanophonic critical sociology. Based on a socio-historical analysis, the presentation focuses on: (1) the autonomy of the Quranic school from the public power since the 19th century onwards; (2) the multiplicity of local forms of resistance to the state’s public interventions; and (3) the different arguments employed by the parties involved to justify their resistance.